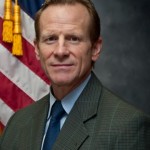 David L. Gaddis’ clients benefit from over 25 years of his experience in security services. Mr. Gaddis specializes in international protection affairs both in private and government sectors.

Mr. Gaddis began his career in local law enforcement before joining the federal Drug Enforcement Administration (DEA) in February 1986, where he was assigned to the Atlanta Field Division in Atlanta, Georgia.  Mr. Gaddis’ career was fast-tracked and subsequent assignments included the DEA Miami Field Division; the DEA’s Office of International Operations drug interdiction program, known as Operation SNOWCAP, with extended TDY assignments in South and Central America; and San Jose, Costa Rica, where he worked as a Criminal Investigator in Costa Rica and Nicaragua.  In 1995, Mr. Gaddis was promoted and assigned to the Hermosillo, Mexico, Resident Office where he served as the Resident Agent in Charge.  In 1998, Mr. Gaddis was assigned to DEA Headquarters in Washington, D.C., serving as Staff Coordinator and Section Chief in the Mexico and Central America Section, Office of International Operations.  In 2000 he assumed the position of Deputy Chief of International Operations.  In 2001, Mr. Gaddis was reassigned as Assistant Special Agent in Charge for the North Carolina District, where he managed DEA operations throughout the State until assignment to the Senior Executive Service as Regional Director for DEA’s Andean Region in Colombia, Venezuela, Ecuador and Peru.  Mr. Gaddis headed the management and enforcement operations of this region until 2006 when he was promoted from Bogotá, Colombia, to Mexico City, Mexico, as DEA’s Regional Director for Canada, Mexico and Central America.

In 2009, Mr. Gaddis was selected as Deputy Chief of Operations, Office of Global Operations, Chief of Enforcement Division, and reassigned to DEA Headquarters in Arlington, Virginia.  In this capacity, Mr. Gaddis coordinated enforcement and administrative matters for all of DEA’s field elements – domestic and foreign – and represented DEA’s offices worldwide on matters relating to joint investigations and enforcement initiatives and other programs within the inter-agency community.

Mr. Gaddis has a Bachelor of Arts in Criminal Justice and a Master of Science Degree in Criminal Justice Management.  He received numerous DEA and other law enforcement awards as well as Leadership and EEOC Managerial Training at Harvard University’s John F. Kennedy School of Government, Johns Hopkins University, and the University of North Carolina at Chapel Hill, respectively.

His most recent award for service is the Distinguished Presidential Rank Award, presented by the President of the United States in 2009.

Mr. Gaddis is bilingual – fluent in both English and Spanish.